The Importance of Role Models

At Edenhurst we recognise the value of positive role models at all stages of a child’s life.

Thinking about this has led me to consider those role models who have had an impact on my life over the years and have led me to this point.

I am lucky to have had two very different, but amazing parents. My dad was probably the most kind and generous human being I have ever met. Despite an exceptionally difficult childhood, followed by 35 grueling years working in the deepest and hottest mines on earth, he remained selfless, kind and gentle. My mum, despite few educational opportunities, had a passion for learning and remained curious her whole life. She loved computers and remains one of the most intelligent people I have met.  They both always put the needs of others before their own. The important role that parents play in the education of children and the partnership between home and school is something that Edenhurst has worked tirelessly at over the years to develop. It will remain at the heart of what we do.

Thinking back to my own time at school, teachers played a massive role in forming my character. Often without me noticing and even to this day, largely unrecognised. Please indulge me while I mention a few. I entered primary school painfully shy. To the extent that special educational needs were suspected. But a lovely teacher, Mrs Du Toit spent time gradually coaxing me out of my shell. She roped in another amazing lady called Mrs Kruger, our choir and singing teacher, who discovered that I could hold a tune. Before long I was performing on stage. In my latter primary school years Mr Ivings came along and ignited a passion for sport because he actually played sport himself! This was the first time I had ever encountered an adult who did so.

Onto secondary school and things unravelled somewhat. The role models were largely missing and I followed suit. I disengaged completely from academia. It only took one teacher however, Mr Smit, my Grade 12 Biology teacher to change this. He managed to ignite a spark of interest in me and all of a sudden Science became cool and I excelled in this subject. Later that year a gentle lady by the name of Mrs White took me and 30 of my classmates on a tour of South Africa and this opened my eyes to a world of opportunity and travel. Looking back, she was an incredibly brave lady. Her intervention eventually led me to the UK. The damage, however, had already been done and further education was off the cards for me.

At the ripe old age of 19, I followed my father into the mines. There I encountered many interesting characters, few of whom could be called role models. Gerhard Beukes, an environmental engineer, spotted something in me and sent me off to study. Within a short time I had reached a more senior position than my father ever had. A degree level qualification was now mine.

Those teachers now returned to my consciousness and I was drawn to teaching to undo the damage done by my generally poor educational experience. Studying teaching as a mature student was a challenge and I was taken back to Grade 12 and Mr Smit, and chose to major in the sciences. This brought Henry Jacobs, a physics lecturer, into my path. He inspired me! His view of the world through the beautiful lens of a physicist really appealed to me. I channel him to this day when I teach – if only I had his brain!

Writing this blog has been a lovely experience. Thank you for indulging me. Saying (typing) the names of those who have inspired me and recognising the impact they have had on me has been a joy. Perhaps you should do something similar?

I am because they are – UBUNTU.

Role models are very important in the lives of children. This is a real focus of our work on Character here at the school. Every member of our community is reminded of their responsibility in forming the character of children. But it doesn’t stop at the school gates. It extends to every aspect of a child’s life.

We are all in the business of changing children’s lives. Never forget that. Every interaction with our children matters. UBUNTU – I am because we are. 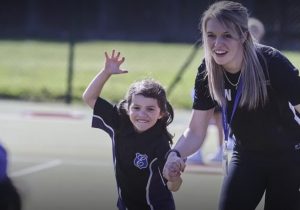 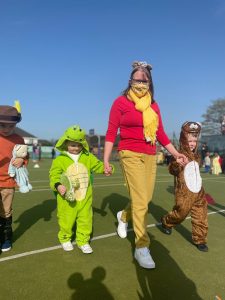 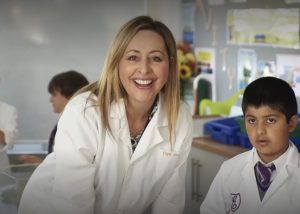