A Cultural Myth? The Summer-Born Disadvantage 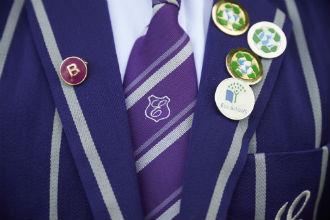 Written by our own Mr Barnes, this was included in this term’s edition of ‘Prep School Magazine’.

I should confess to a personal interest in this topic.  With a birthday in July, as well as having a high number of family members with birthdays between 1st May and 31st August (including my now three-year-old daughter), from an early age I remember hearing ‘oh, you’ve got a summer birthday; don’t worry, you’ll catch up…’. Yet the longer I work in education, the more I am convinced that the notion of a ’summer-born disadvantage’ is misguided.

A glance down the list of summer-born children from my own school during the last six years reveals: caring friends; quiet leaders; a committed chairman of our Eco Council; innumerable musicians playing at grades 3 or 4 before they left us; gifted actors and orators; competitive sportsmen; children who have represented at county level for sport…and that’s before we come to scholarships or other high academic achievements!  Similarly, 33 out of 83 colleagues here have birthdays in this timeframe, including our Safeguarding Lead, Director of Studies, Head of Science, Head of Early Years and our group’s Marketing Lead. It would seem disingenuous to talk of disadvantages when almost half of those helping to provide an advantage give evidence to the contrary!

In any given cohort there will always be an oldest and a youngest.  In the UK, our academic calendar runs from September to August. It has become a common misconception that a child born in the final term would be disadvantaged because of this.   One wonders: is this same argument played out in Australasia, where they operate a January – December academic year?

John Hattie’s meta-analysis of factors affecting student achievement does include ‘relative age within a class’ with a value of 0.45, meaning that it does have the potential to accelerate achievement.  However, as it is number 96 on the list of influences, is this something to which we pay undue attention? There are other, stronger influences at play: notably, teacher estimates of achievement (1.62); collective teacher efficacy (1.57); self-reported grades (1.33); teacher credibility (0.9) and problem-solving teaching (0.61) being rated as higher contributory factors.

Likewise Sir Ken Robinson, in his seminal TED talk, highlighted the notion of the ‘Industrial Revolution’ model of schooling – the idea that pupils ‘manufactured’ between particular dates are packaged and then moved up each September.  This is still with us, but is there an additional element, perhaps subconscious, where we still see those born towards the end of the time period as lacking in some way? Listening in staff rooms, it is less common to hear concerns expressed about the progress or development of autumn/winter-born children, whereas those born in the summer seem to attract an undue amount of attention.

As professionals, our own views and opinions about the children are important but we also have to be careful that we are not sowing the seeds of lifelong reasons for lack of attainment:  “I was always told that I couldn’t do this/would do it more slowly/would do it later because I was born in the summer.” As we know from looking at each cohort of children that we teach, there are different skill sets that are not necessarily linked to the age of the child.  Age and progress are not in linear correlation: there are many other factors at work in the background.

It is well-recognised that there are always differences in achievement levels, but there is still a feeling and acceptance that summer-born children should somehow be excused for lower achievement or poor behaviour because they were born later in the academic year.  The reality is that some summer-born children are academically high-achieving; some are average; some are just not academic. The same applies to those born earlier in the year. It is worth considering whether parents excuse poor behaviour and a lack of academic success because their child was born in the summer.  It is also worth reflecting on the messages that we, as an academic community are consciously and subconsciously giving back to them about this.