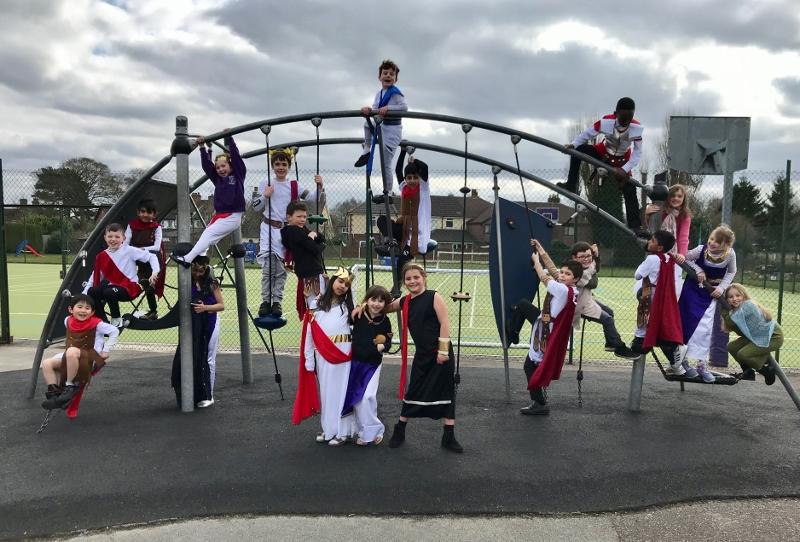 On Wednesday the 21st of March, Prep 3 had their first ever Roman Day.

Each child chose a Roman they were interested in studying and completed individual research about this person. Some of the chosen Romans included: Gods, Goddesses, Caesars, Roman soldiers, Roman children, Gladiators, slaves and Boudica. They wrote a speech and delivered this speech on Roman Day dressed as their character.

The children also brought in “Roman Food” to eat during lunch time; some of this food included olive oil, olives, apples, pears, cheese, bread, wine (Ribena), dates and chicken. It was lovely to see the children being risk takers by not only trying some different foods, but giving fabulous and informative speeches in front of their peers.

The day culminated in the children designing their own Roman mosaics. It was a wonderful day in Prep 3 being a Roman!

Click here to see some pictures from our Roman Day.