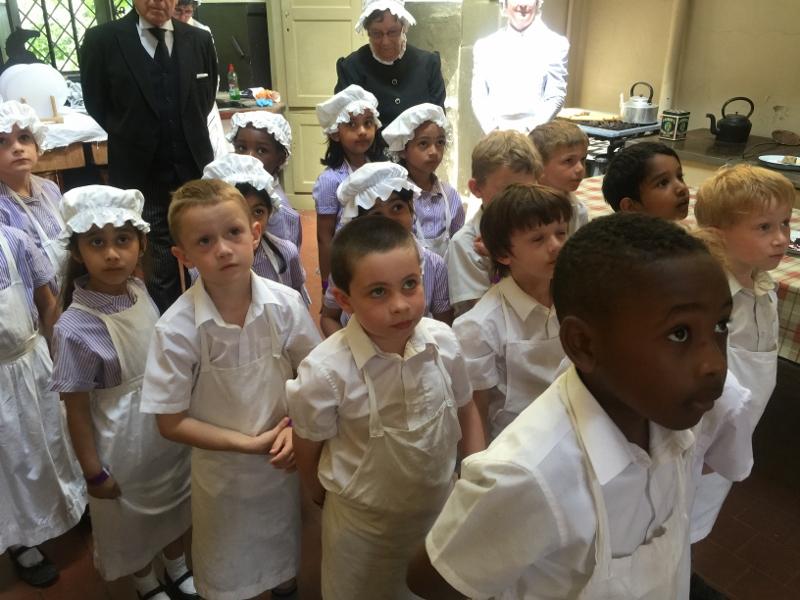 Form One have been studying key aspects of Victorian life in their History lessons; homes, holidays and childhood. To investigate further,  the class travelled to Dunham Massey, a National Trust property in Cheshire, for a day living as a Victorian child.

The day was a real scorcher so the children were slathered in suntan lotion before even leaving school! Not very Victorian!  After arriving, the first activity was to help Mr Adams, the gamekeeper, to find a poacher and the children had to question all the estate workers very carefully. They all claimed to be innocent! This despite the fact that a couple of characters had a rabbit or pheasant in their bag which they had ‘found’ on the path! A likely story!

After lunch, the children became maids and servants for the afternoon. Everyone put on an apron and the girls wore a bonnet as well (teachers too!). It was a sign of the hard work to come! During the afternoon the children had to bake a gingerbread man (good fun), clean the laundry (hard work) and polish the silver (tiring)! They found out how hard the children in Victorian times had to work and were all exhausted after only a short afternoon!

As the day came to a close, the children considered whether or not they would like to have been a child in Victorian times; not really was the consensus!

Click here to see some more photos from our trip.