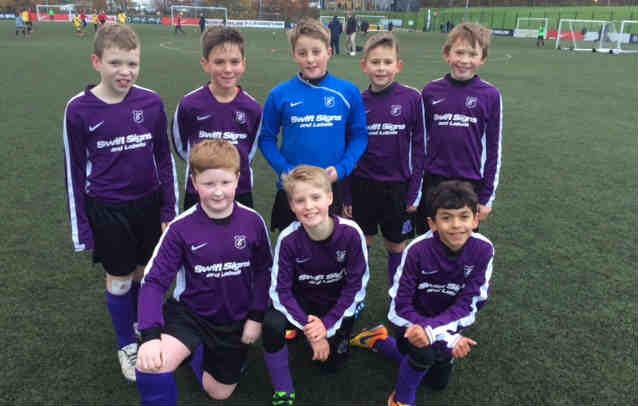 The games have been coming thick and fast for our U11 football team. Old Hall travelled to Edenhurst on a very wet afternoon to play two fixtures. It’s great we now have the astroturf to enable us to host this type of fixture. Old Hall have a very good football reputation and both teams were looking forward to the challenge. The games were highly competitive with some outstanding play. Final scores were:

After winning the District Final, the U11 team were off to st George’s Park, the home of the England Football team. We arrived to be told we would play our games on the David Beckham 3G pitch.  Let’s just say the boys were very excited!

8 teams had qualified and were split into two groups, with the two top teams in each group competing in the final. Winning all of our league games, we were through to the final. The final ended 1-1 so it was over to the dreaded penalty shoot out. Two fantastic penalties from Elliot W, Toby E and a fantastic save from Joseph N meant we were crowned U11 County Champions 2016-2017!  Well done to all of the boys!

Check out the short video from our day.